Sights in the Gulf

I was sitting around yesterday, having a mild pity-party for myself (I’m currently on quarantine after having been exposed to COVID by a friend of mine – both of us vaccinated) due to all the traveling I’ve not been able to do recently (and yes, I’ve gone back and re-read what I wrote last week on being thankful), when it occurred to me that I *have* been able to do some traveling around this year!  As it turns out, I’ve also shot a LOT in infrared, soo you’re about to get a good solid sampling of both.  Don’t worry though, I won’t subject you to another 6 weeks of black and white like I did in the Spring.  🙂

Kicking off my “Summer of Fun in Infrared”, I wanted to share some images from our trip to the Gulf back in April (I know, I know, not quite the Summer, but it’s my blog so I get to make the rules).  Holly and I have been talking about going down to Mobile, AL for what seems like forever to visit her family there, so we decided to swing through on our way to the beach.  We had a delightful time visiting with her Aunt Mazie and cousin Jim, and while we were there, Mazie suggested we visit the Bellingrath Gardens. It was gorgeous! Holly and I then continued on down the coast to our beach destination, where I captured my Star Voyager image.  It was there that our luck with the weather took an unfortunate turn, and it was there that, for the first time ever, we decided to call it quits on a trip, and just go home.  Holly and I were sitting on the beach, wrapped in towels because we were freezing in all the wind.  The sky was completely clouded over and looking very threatening when the there was a rumble in the background.  Holly asked if it was thunder, and I replied that no, that was the sound of our vacation going down the toilet! LOL  It was the right decision, the area was hit by a nasty storm two days later, so coming back to our own home and much nicer weather was the right thing to do.  Still, neither of us could believe we were heading home early!

A bit about the images.  The featured image above was in the beach town where Holly and I stayed.  I found the lighthouse challenging to photograph – as usual – until we discovered the lily pads floating in a small pond!  I had a lot of fun playing around here, and the sky was REALLY dramatic, which helped.  Below, the first time images are from the Bellingrath Gardens, while the last two are back at the beach.  The sailboat image, along with the one above, captures nicely why we left. 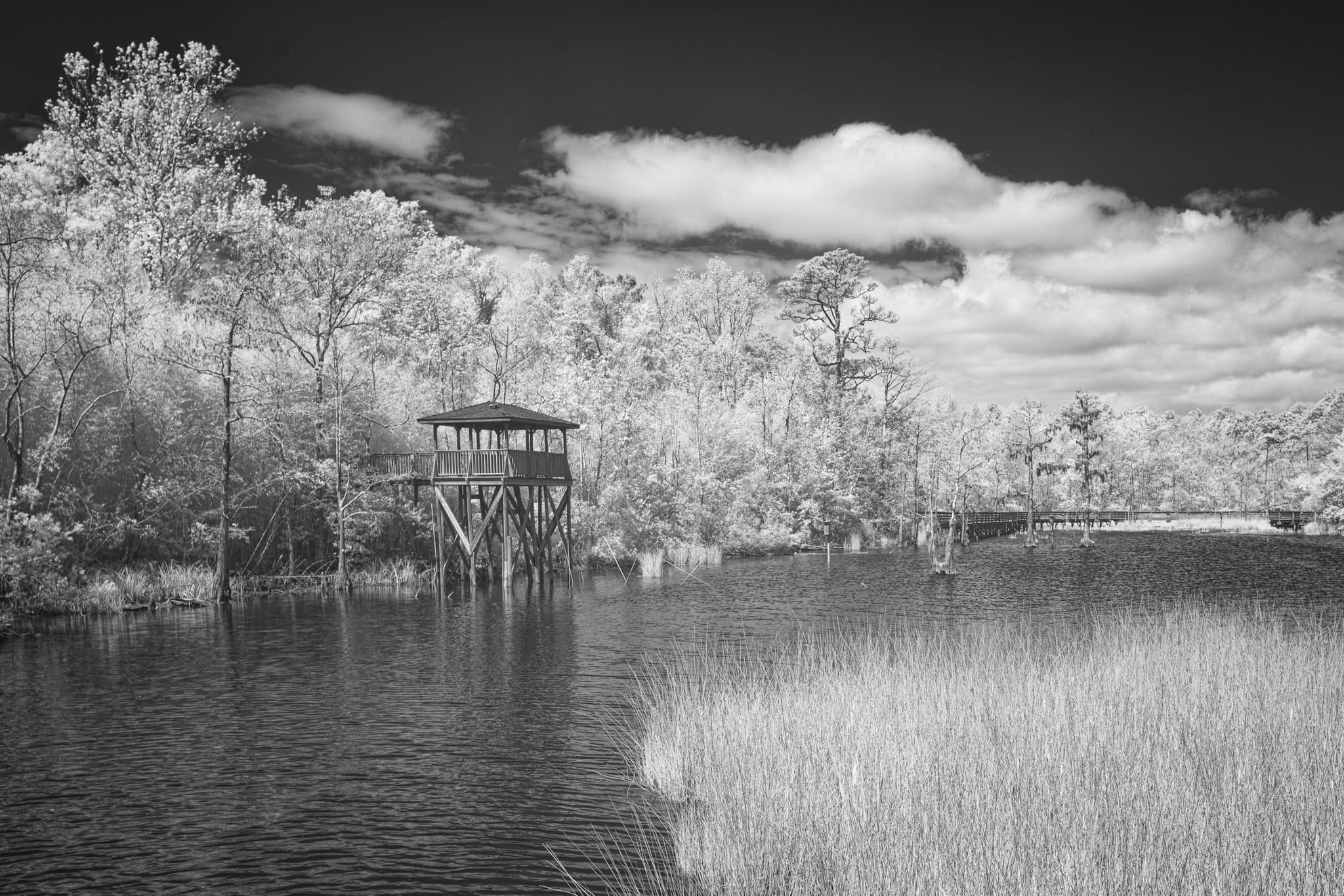