I See Faces in the Reflections 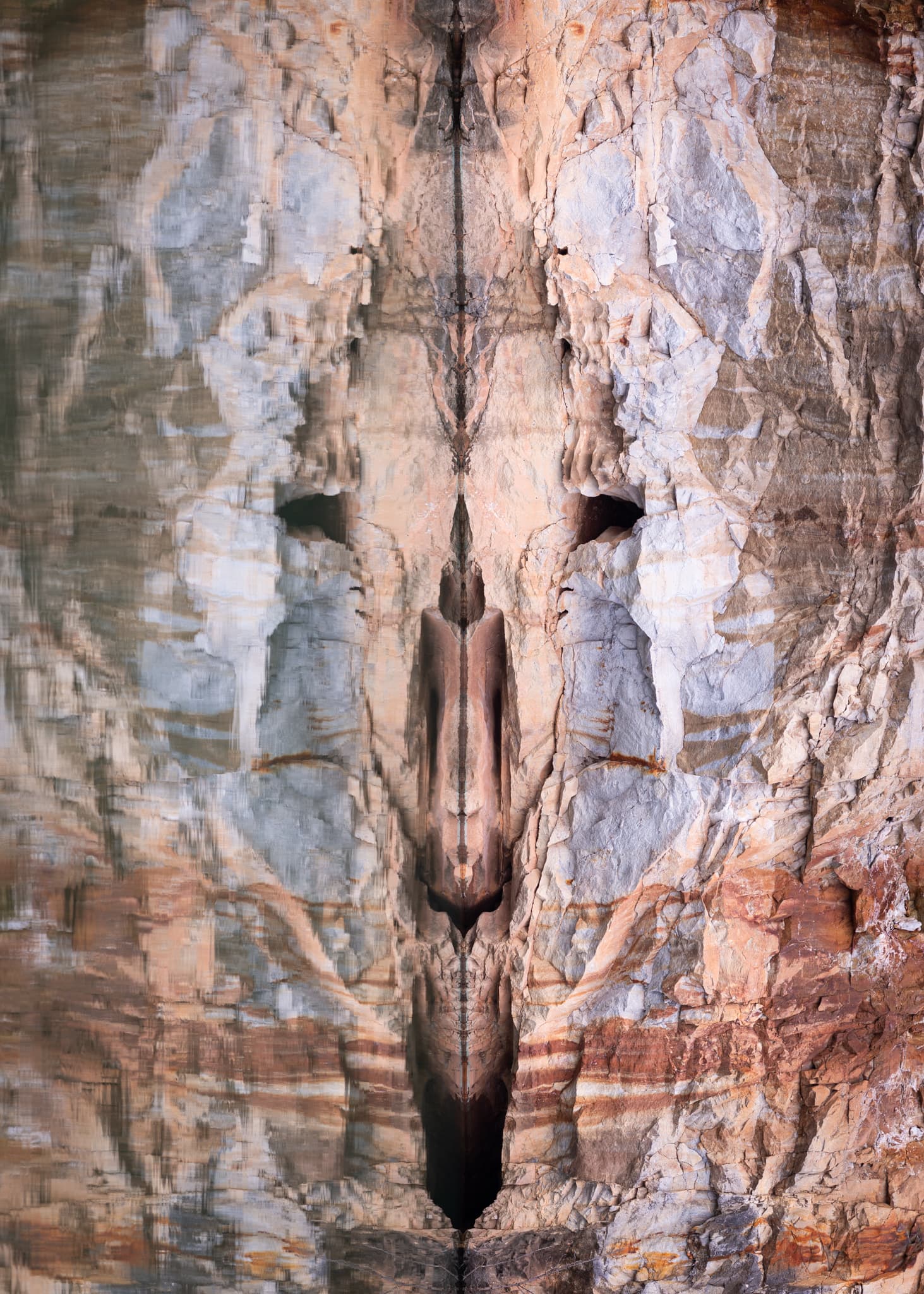 Early last year an old friend of mine, Andy Caylor, messaged me and said “hey, you’ve got a nice camera, would you be up for taking pictures of something for me? I’ve tried it with my iPhone and I just can’t get it”.  What you need to know about Andy is that he’s an amazing artist – I’ve seriously admired his work since I was a little kid (he’s the older brother of one of my childhood best friends).  Anyway, 1) I was happy he’d think of me to do this in the first place and 2) I knew it would be interesting, whatever it was, because that’s just who he is.  We work out a time and ride over to an old rock quarry in South Knoxville that is now a lake, surrounded on several sides by these giant cliff walls.  Andy starts telling me that every time he walks by these rocks, he sees faces in the reflections.  Faces?  Yes… faces.

So because this lake is essentially surrounded by these rock walls on three sides, the water can be just mirror calm, creating a perfect reflection of the rocks.  We walk to the edge and Andy stares at it for a second, and says “see, look!”  If you sort of turn your head sideways, sure enough, you start seeing all sorts of things!  The first and most obvious at first was the horse skull pictured above.  I grabbed my longest lens and just started shooting panos along the water line.  As the light changed, so did the reflections.  I ended up returning several different times to see the wall in different lighting, and below are the collection of images I found.  It was really interesting once I started processing the images.  I essentially stitched together all the panoramas and then just started scrolling through to see what jumped out at me.  Then, I’d flip the images 180 degrees and look through again.   I’d always see something new looking at it that way.  So fun!

Andy and I had originally planned to do a sort of mixed medium thing with the images where he drew on the images to enhance the faces, BUT then COVID hit and life got hard.  Frankly I had completely forgotten about the project until the other day when I was thumbing through my older images (I call this “looking for lost dogs) and I came across these.  I had so much fun staring at these, looking for the faces, I just had to share.  One of them looks like Tom Cruise’s Maverick character from Top Gun to me.  Another looks like some sort of lizard alien.

What do you see? 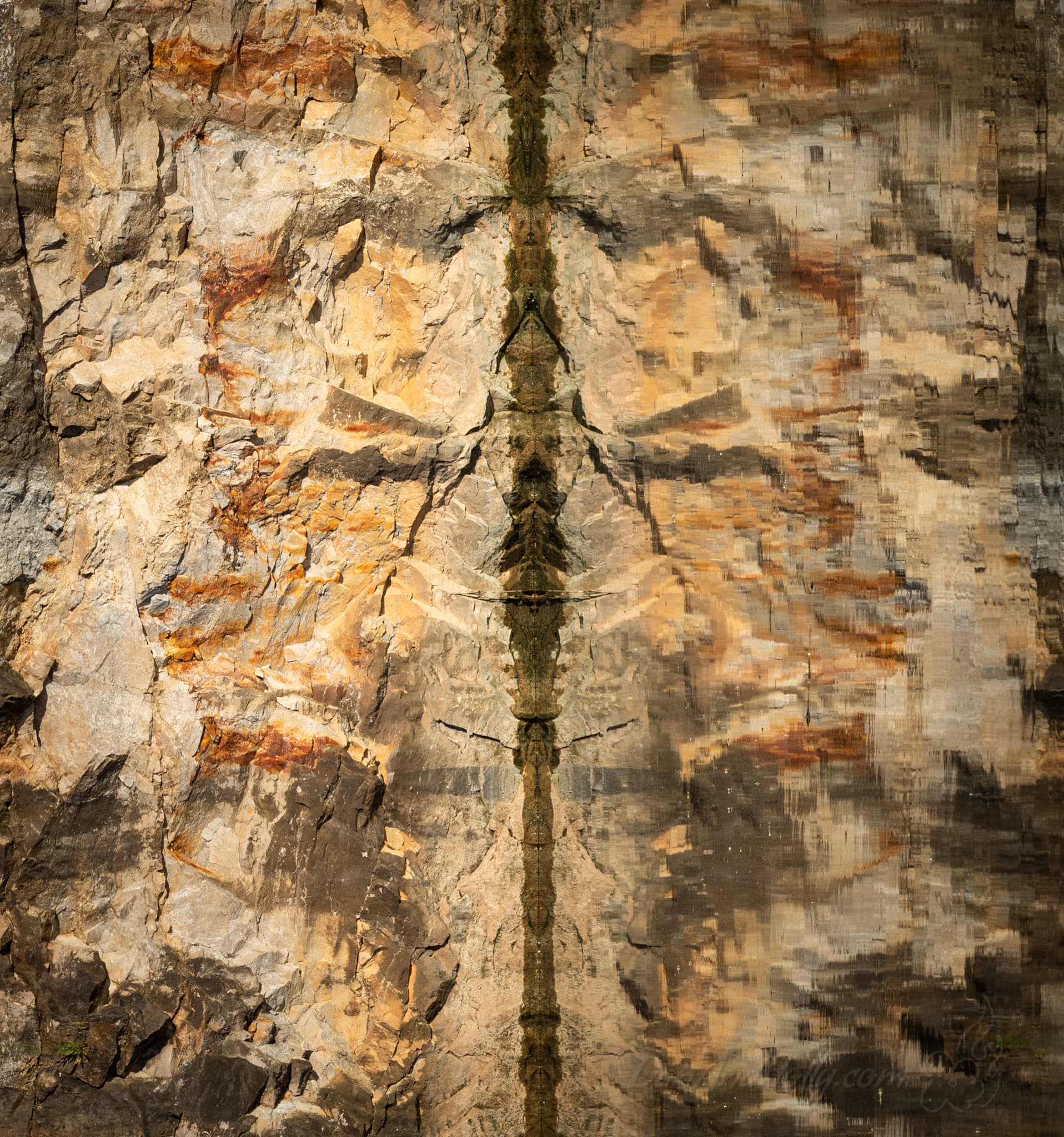 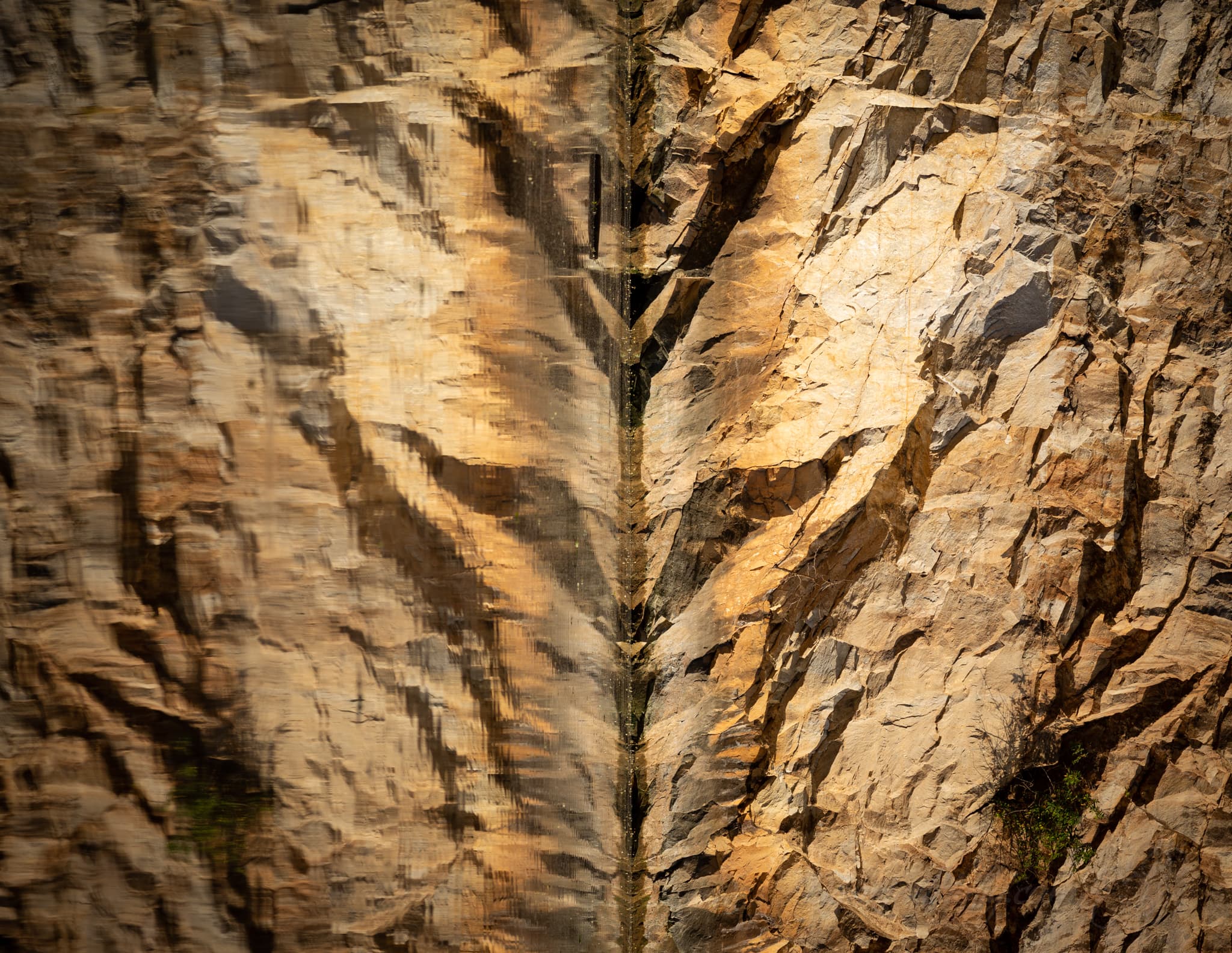