Alright, I wanted to end my fall stream series with a very special scenario that happened this year; snow while the leaves were still pretty!  In mid-November this year we got a nice little snow, and luckily the roads didn’t get bad, but the snow was definitely nice to look at.  I decided to shoot up to the mountains to try and capture it, and it proved a harder task that I guessed it would be.  For starters, the fall colors were definitely on their way out by the this point, especially down around the streams.  Also, while we got a couple inches of snow or so, by the streams there wasn’t much as the trees had caught most of it.  When I started looking through my camera, you could definitely tell there was snow around, but it wasn’t terribly dramatic.  I literally drove up Tremont Road looking for color in the trees, when I found it I would jump out of my car and see how much snow was visible… if there was snow around, I’d try my hand at a composure.  These three images were ones I ended up liking.

Well I hope you’ve enjoyed this year’s crop of images of the fall colors.  They were a ton of fun to shoot, as always!  Also, Christmas is now literally just around the corner, so I’ll go ahead and wish you and yours a very, merry, Christmas! 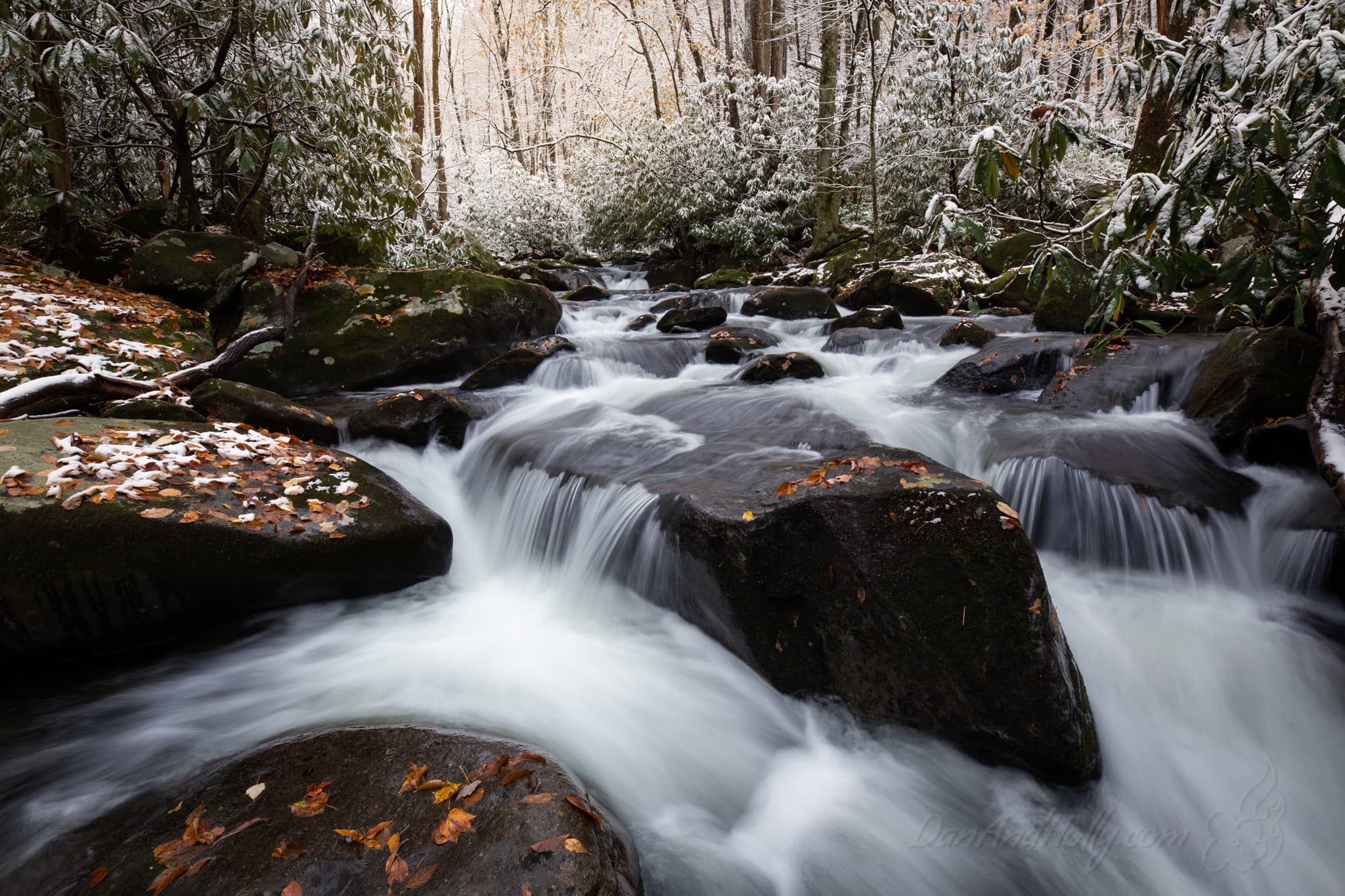 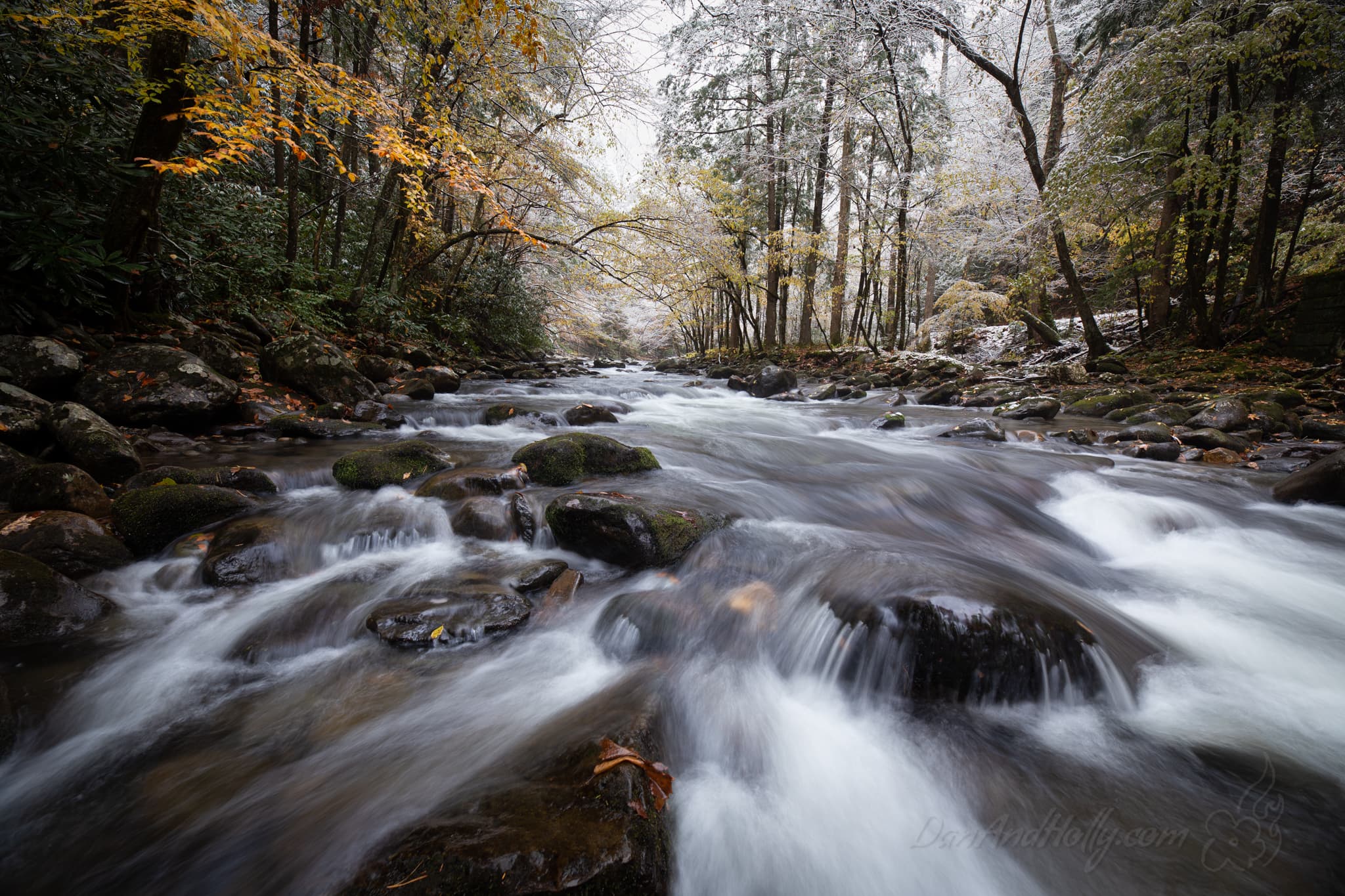